After winter, it’s sometimes difficult to find all hiking equipment. But we don’t underestimate anything and prepare ourselves properly. What do we take with us?

Quality hiking shoes and a waterproof jacket because you know how it is. The weather in the mountains can change any minute so it’s better to be 100% prepared. Extra clothes to change might come in handy too. We will add water, small refreshment such as a biscuit, fruit and something sweet into our backpacks. And just for the case, also sun cream because the sun can cause sunburn easily at the beginning of the summer. Let’s not forget that we are in the mountains where it might seem to be cold but appearance can be deceptive. 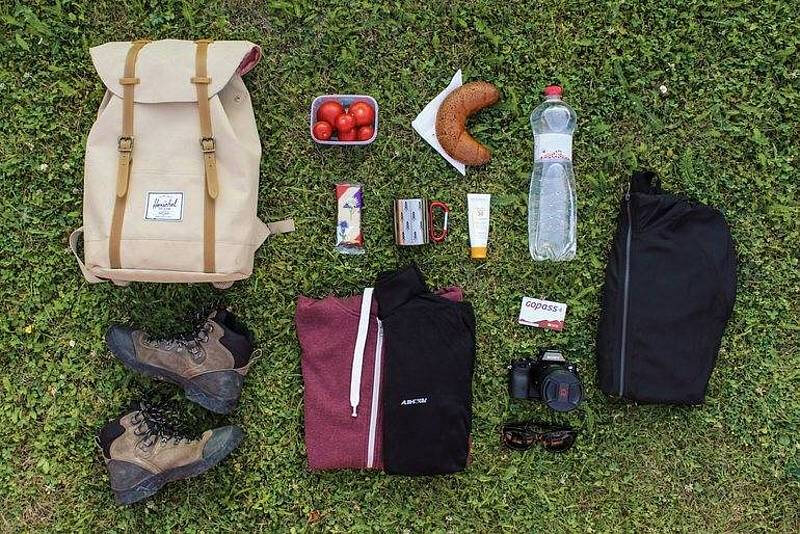 We don’t underestimate time planning either. And to manage everything within the shortest time possible, we will use express transport to Mt Chopok by cableways – on the route: Záhradky – Priehyba – Mt Chopok. And the same way back at the end. As we have Gopass cards, we buy return Mt Chopok tickets through gopass.travel in advance. The price is the best like this and we don’t need to go to ticket offices anymore because the tickets are already loaded on our Gopass cards.

Arrival at the resort

It’s 8:00 in the morning and we are leaving Liptovský Mikuláš. The drive takes about 20 minutes to the area of Záhradky, where we park our car and walk to the orange chairlift of Záhradky – Priehyba. Cableways operate from 8:30am every 30 minutes in summer, but the best is to check the times online on jasna.sk because they can change during the season. 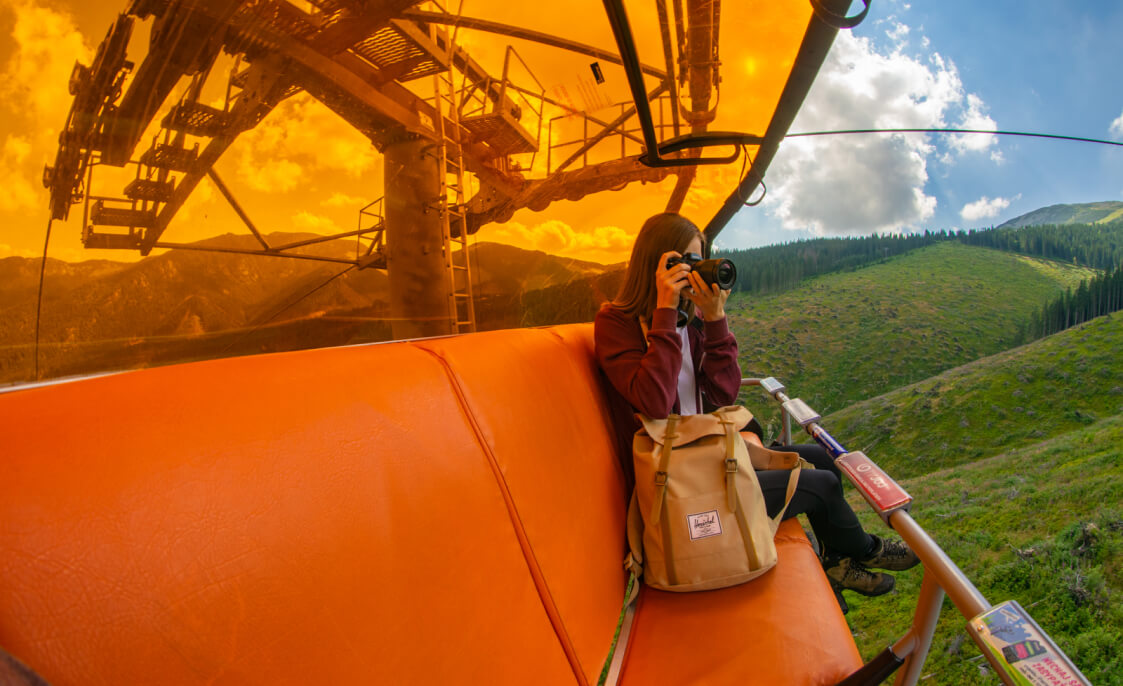 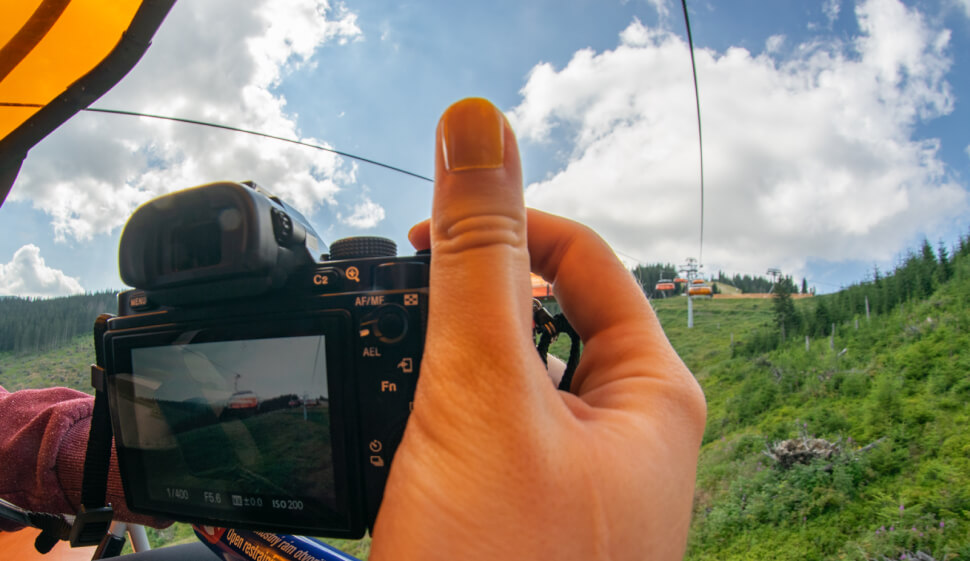 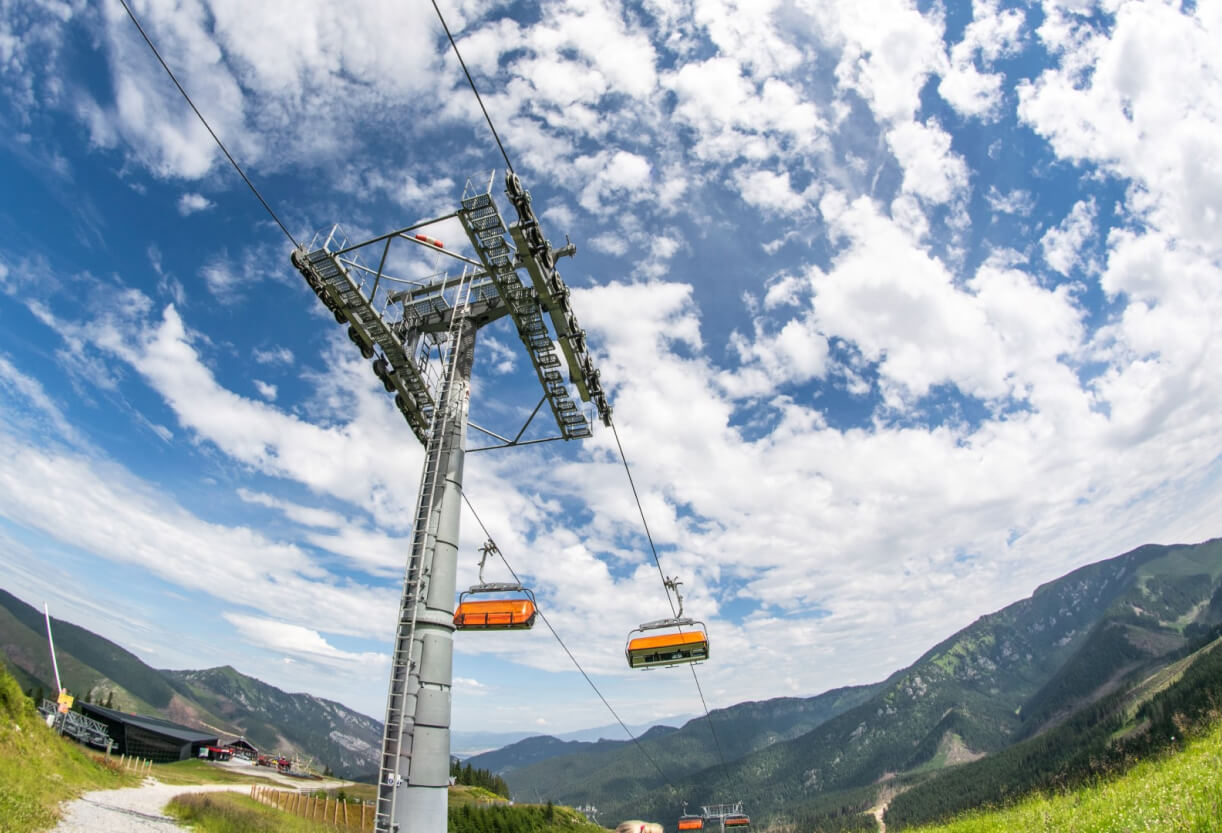 We are among the first to board the chairlift and travel to Priehyba. The weather is on our side, it looks like we can expect a sunny day in the mountains although there might be a mild wind on the ridges. No problem for us, though, we are prepared for any kind of weather! We get off in Priehyba and change to the Funitel cable car to get almost to the summit of Mt Chopok. Did you know that it takes only 7 minutes to travel from Priehyba to Mt Chopok thanks to this cable car? Great, isn’t it? We have saved at least 2 hours of ascent in this way. And the saved time and energy will be used later for sure.

We leave Mt Chopok setting out for the west in the direction of Dereše. At the cable car station, we enter the so called Road of Slovak National Uprising heroes. It is the most significant tourist trail in Slovakia, 770 km long in total. In the background, there is the peak of Dereše, which offers a beautiful view of Liptovská kotlina (basin). The trail that we use is well groomed, made of rocks. Trails like this used to be created by volunteers, students, mountain rescue service workers or soldiers in the past. Everything was made manually, without using dynamite, pulleys or any support. Sometimes it took several days to move big and heavy rocks. The red marking navigates us behind the main peak of Dereše to the Poľany saddle. It runs past interesting small figures of stones. Today, they serve only as background to make photos in most countries, but they were used to mark trails in the mountains before. In Slovakia, the stone figures were replaced by modern colour tourist markings that all of you are familiar with for sure. Did you know that there is more than 15 000 kilometres of trails marked like this in Slovakia? 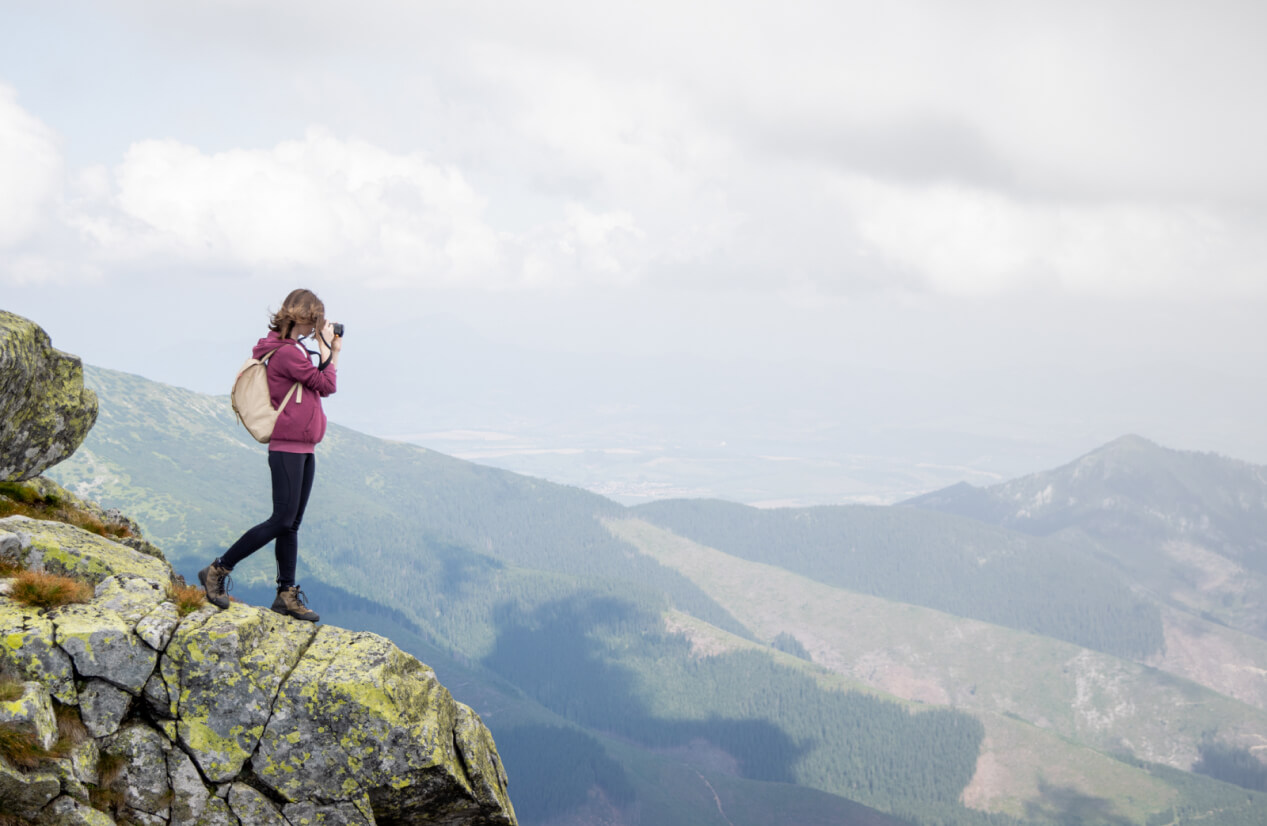 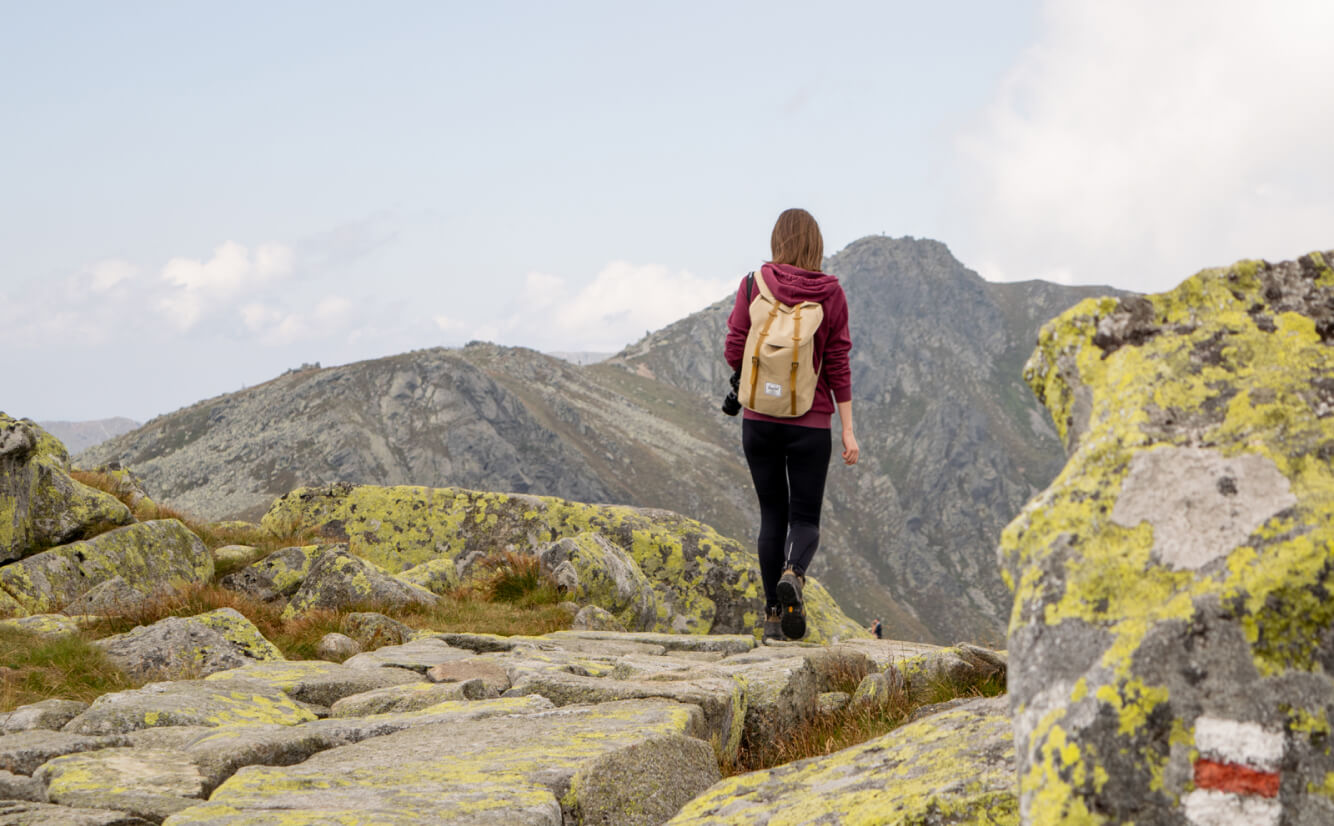 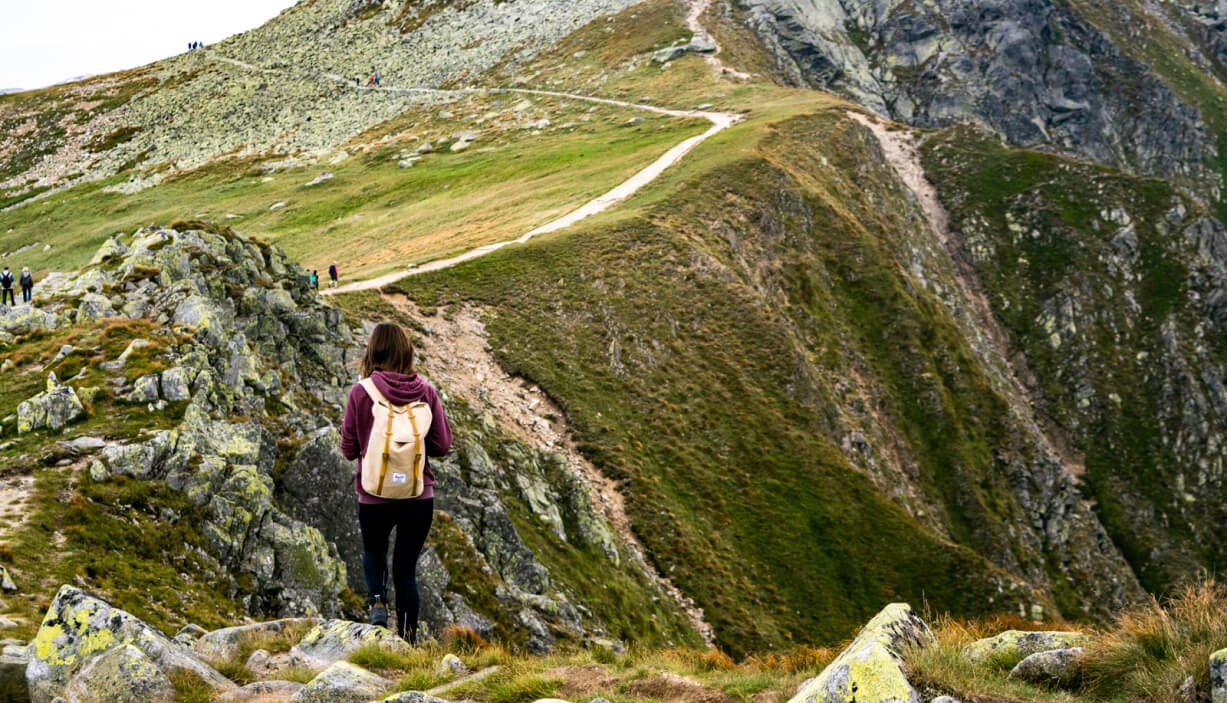 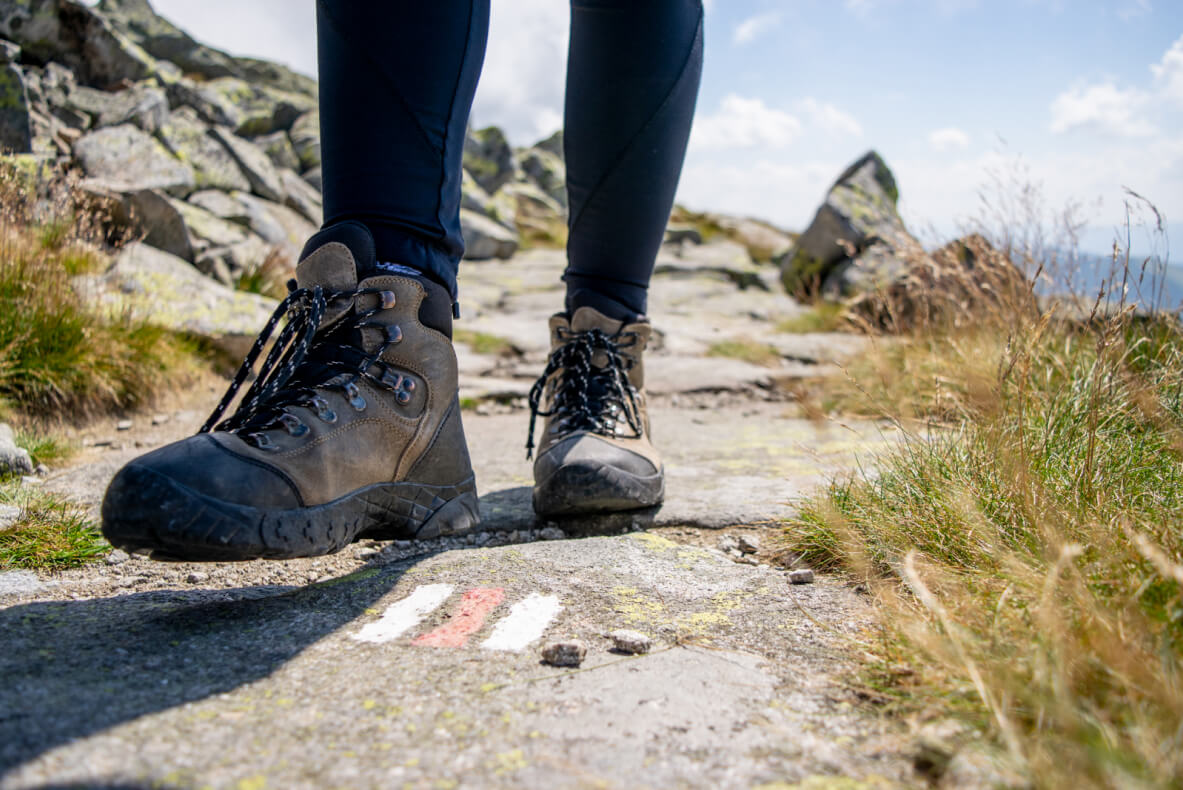 Do you know the meaning of each colour? If not, let’s sum it up briefly.

marks the most important, longest and physically most difficult trails such as along mountain ridges etc.

stands for medium long trails, often in valleys or on side ridges.

connections and short sections or shortcuts.

The trail is getting rockier but is still comfortable and trouble-free. We reach the Poľany saddle and continue from there to Poľana (clearing), where we make a short break before going back. It has taken about 1 hour and 40 minutes to get from Mt Chopok to Poľana. One can make it faster, of course, but we have made a stop a few times to take pictures and mainly due to chamois. They are endemic species here – the Tatra chamois that live only in the Low and High Tatras. They are not afraid of people at all, so we had a great chance to take pictures of these protected animals. 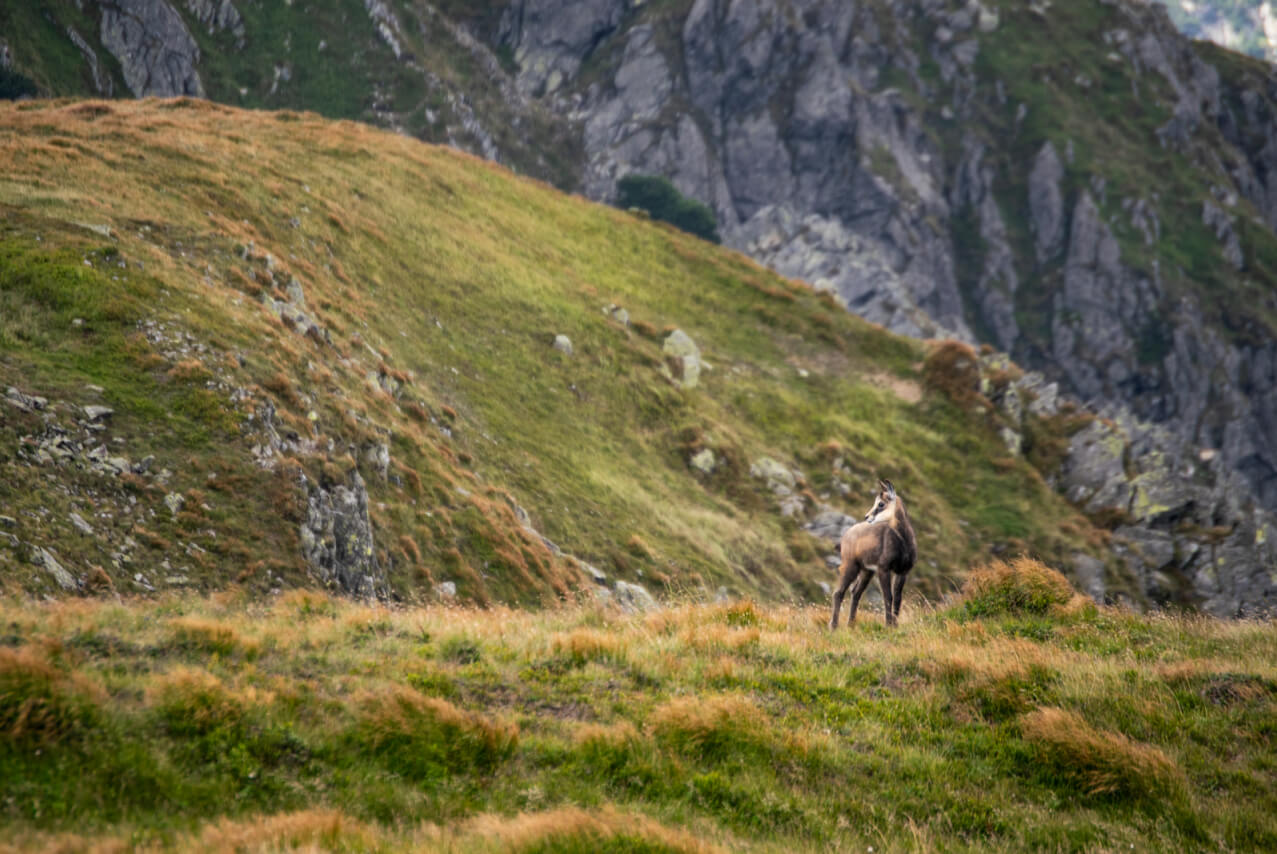 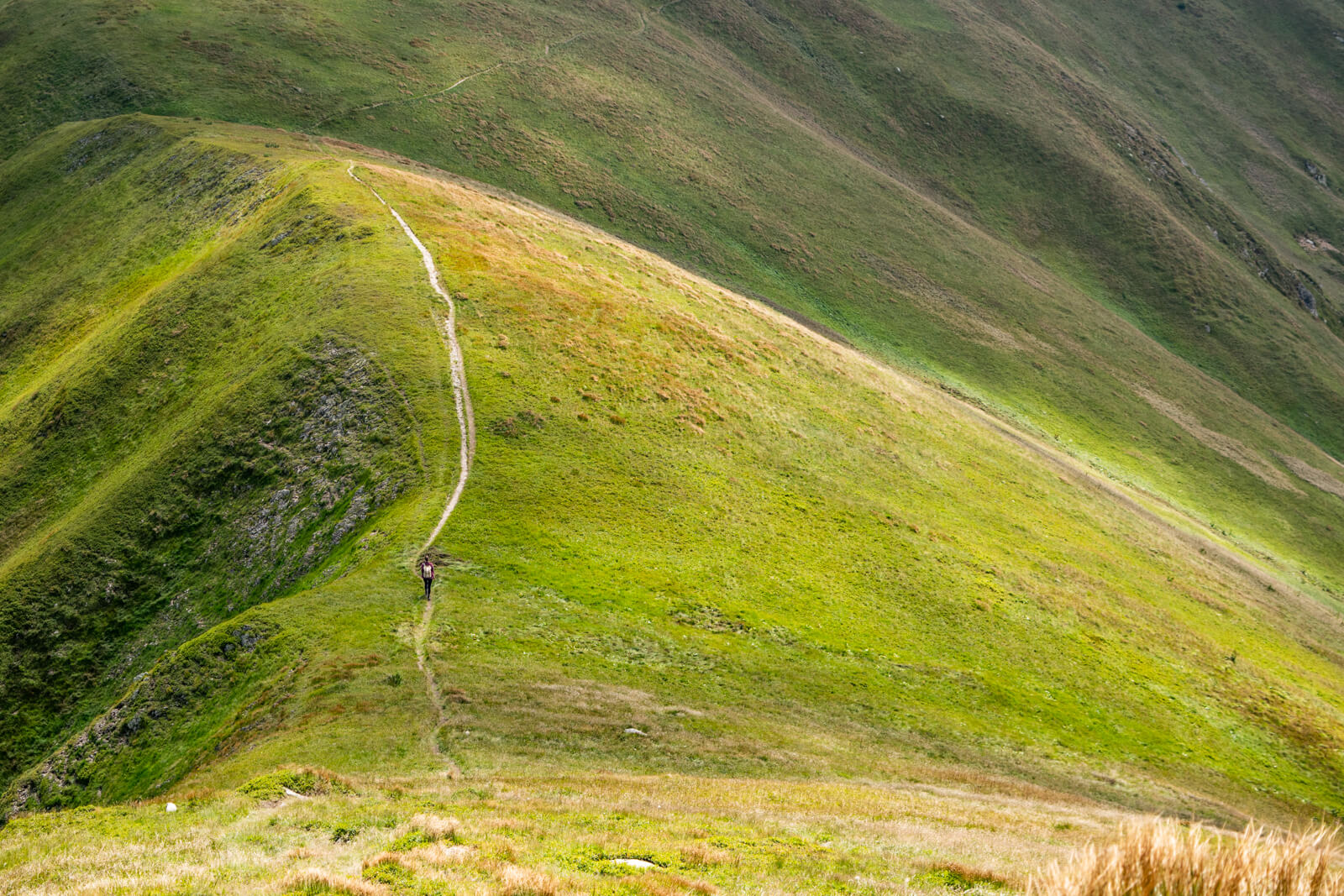 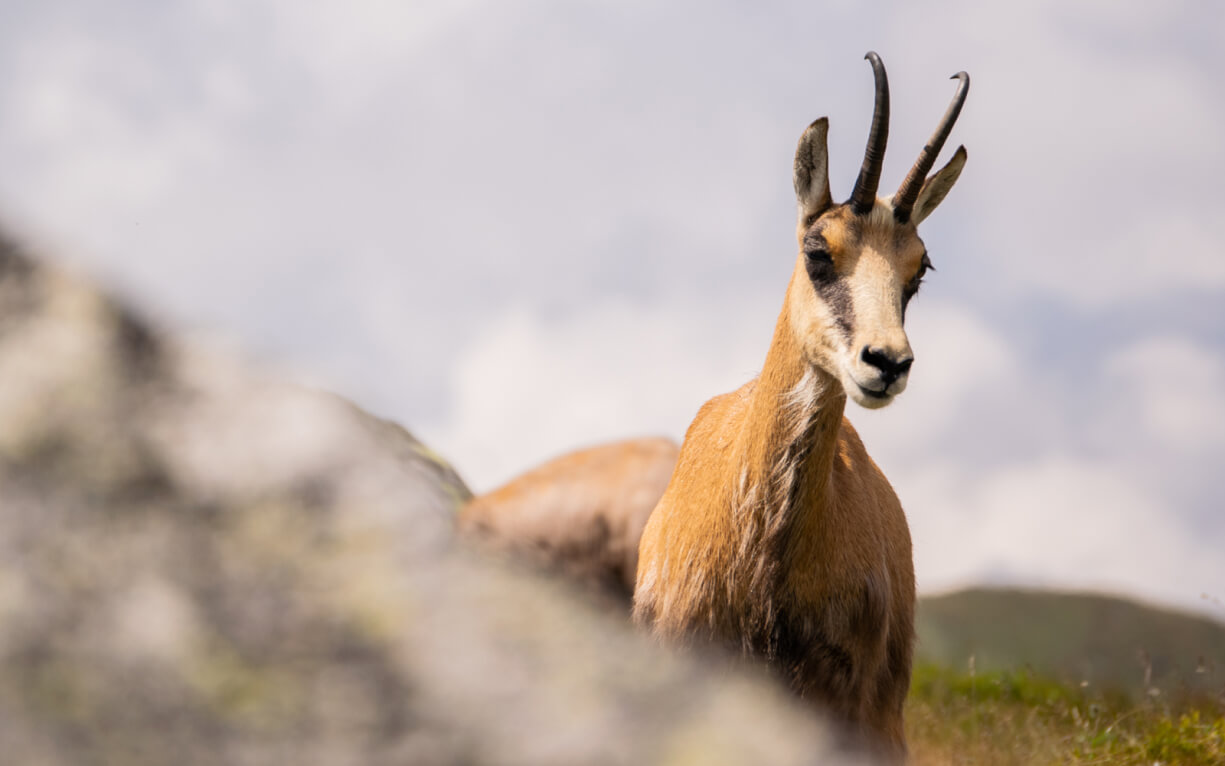 Time to go back

After an about 30-minute break and more pictures, we take the same trail back to Mt Chopok. The supplies that we took are already gone so we cannot wait to have our delicious lunch. We still have enough time, so we can go back at a mild pace. The trail running to Mt Chopok is not difficult. It is a hike along the ridge, so only with minimum gradients. But the views are really worth it. Regions of Horehronie and Liptov, the High and Western Tatras in the distance.

Hungry enough, we arrive at the Rotunda restaurant on Mt Chopok. Such a nice trip cannot end with anything else than with a classic combination. Sauerkraut soup and gnocchi with bryndza (sheep cheese product). This choice never disappoints and it hasn’t this time either. What’s more, we get a discount thanks to our Gopass card, so it pays off also financially. And who would feel like hiking after such a great meal? We definitely don’t and as we bought our return tickets in advance, we can take a cable car and a chairlift to travel back to Záhradky. 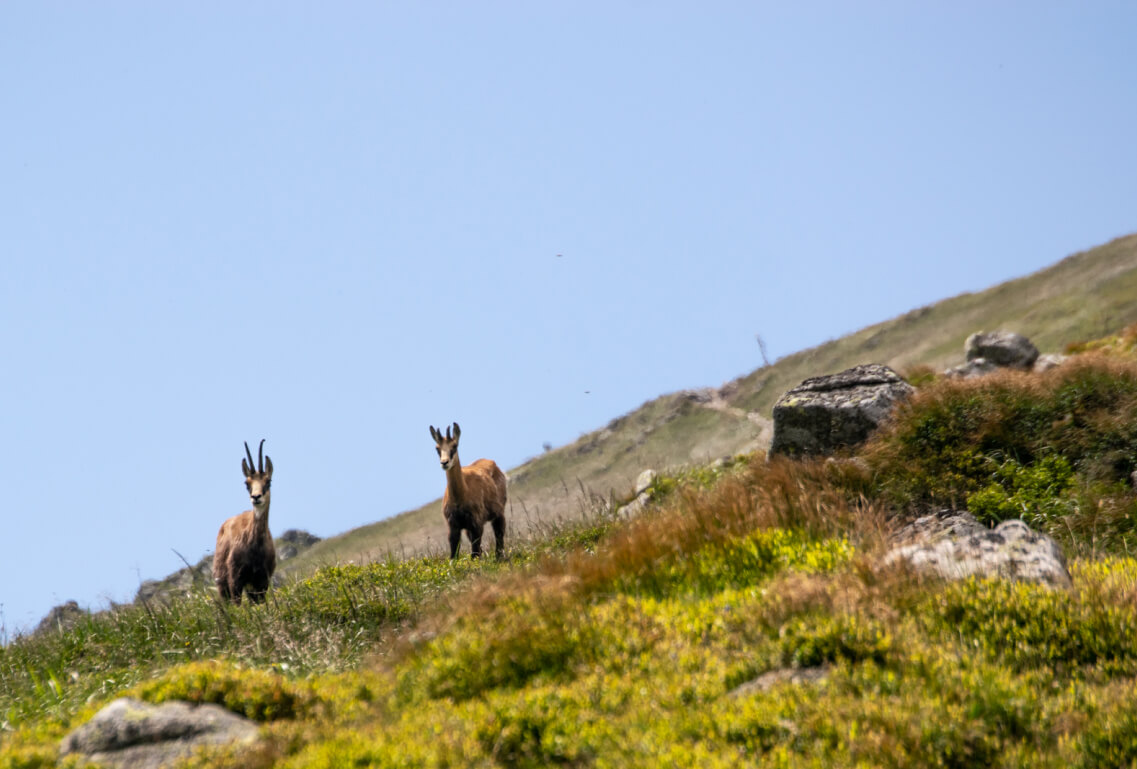 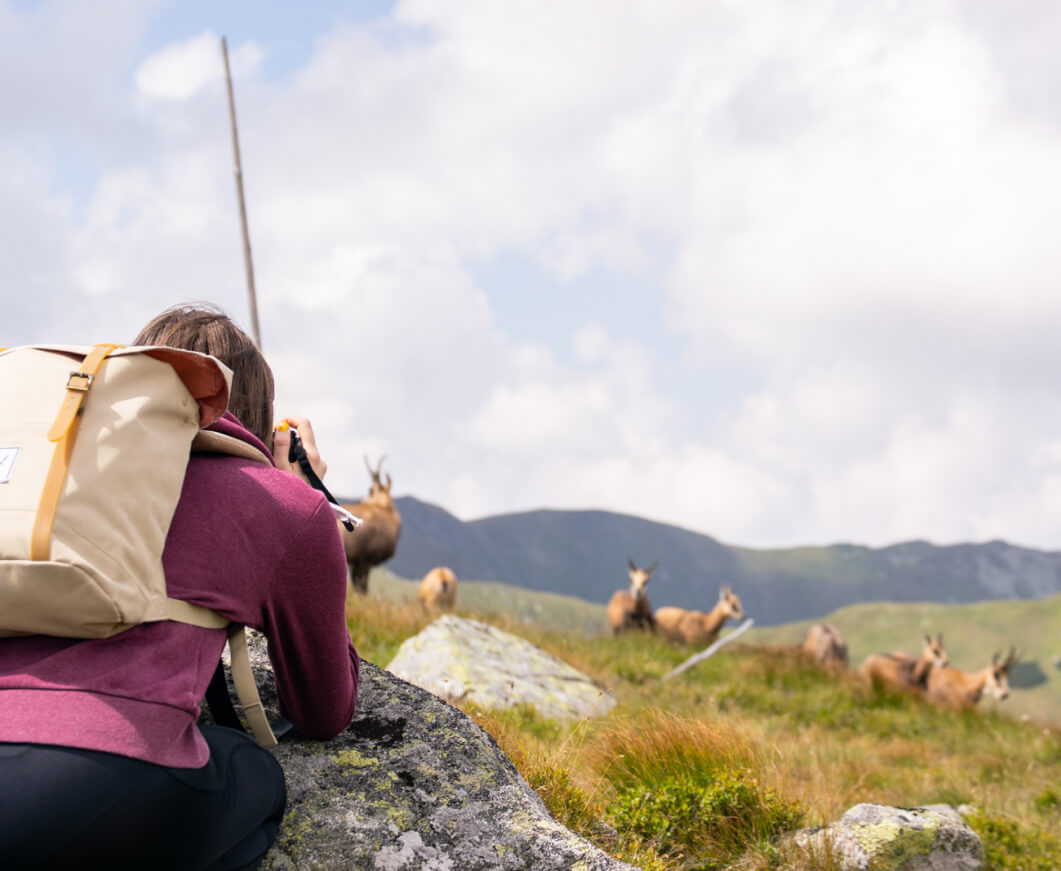 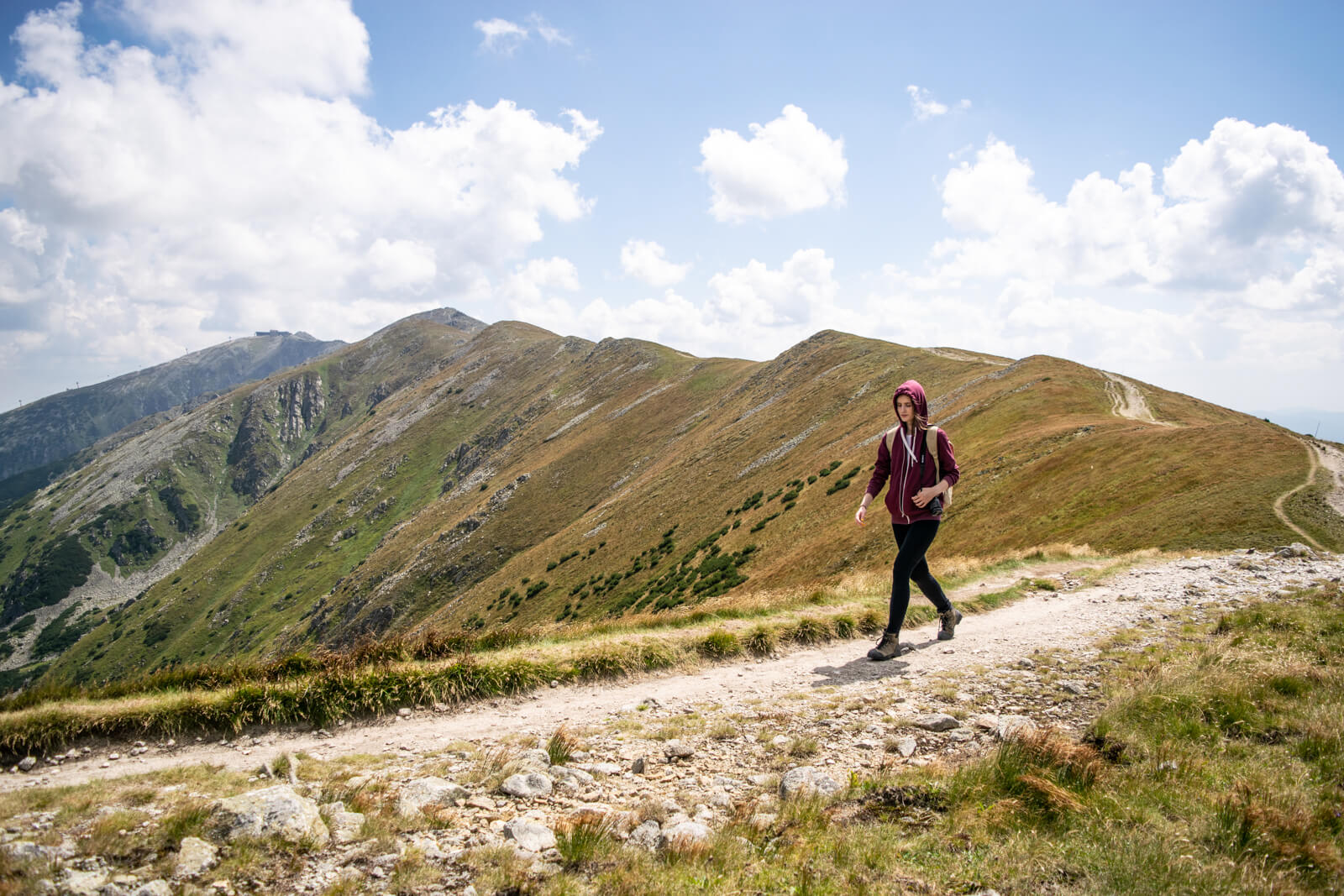 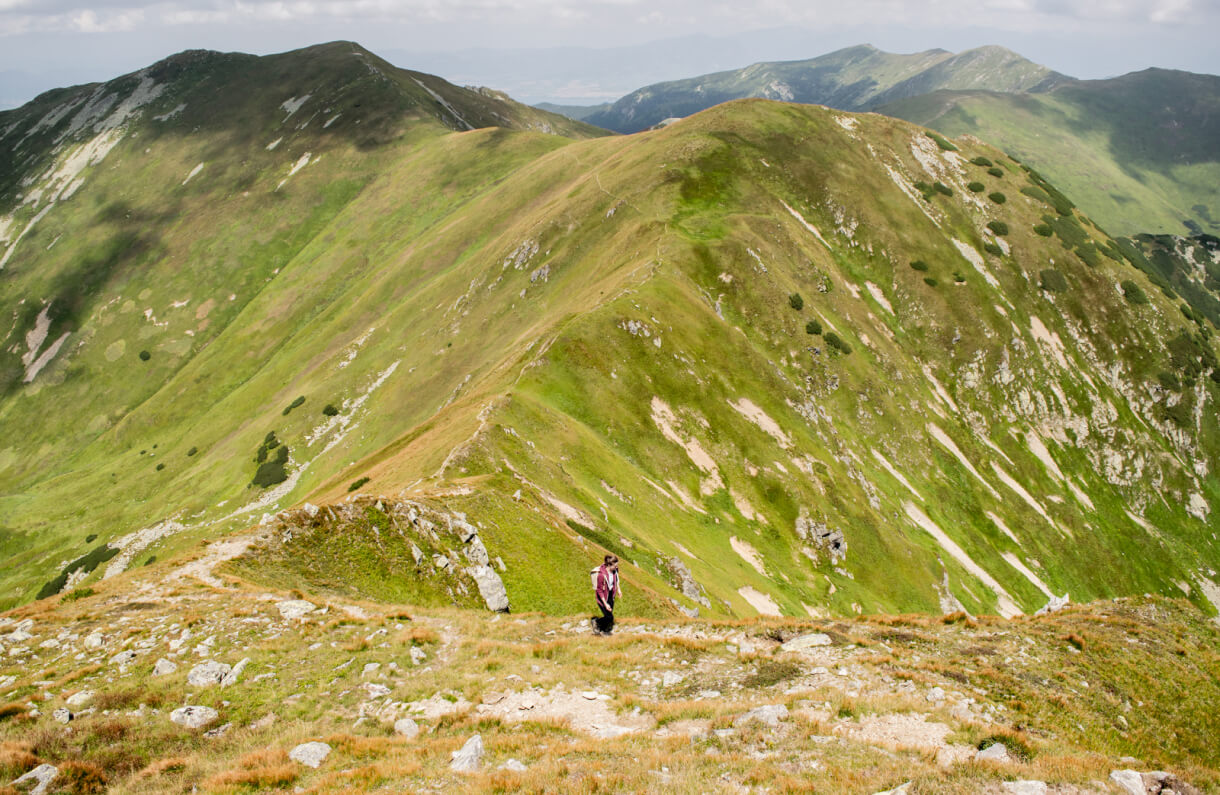 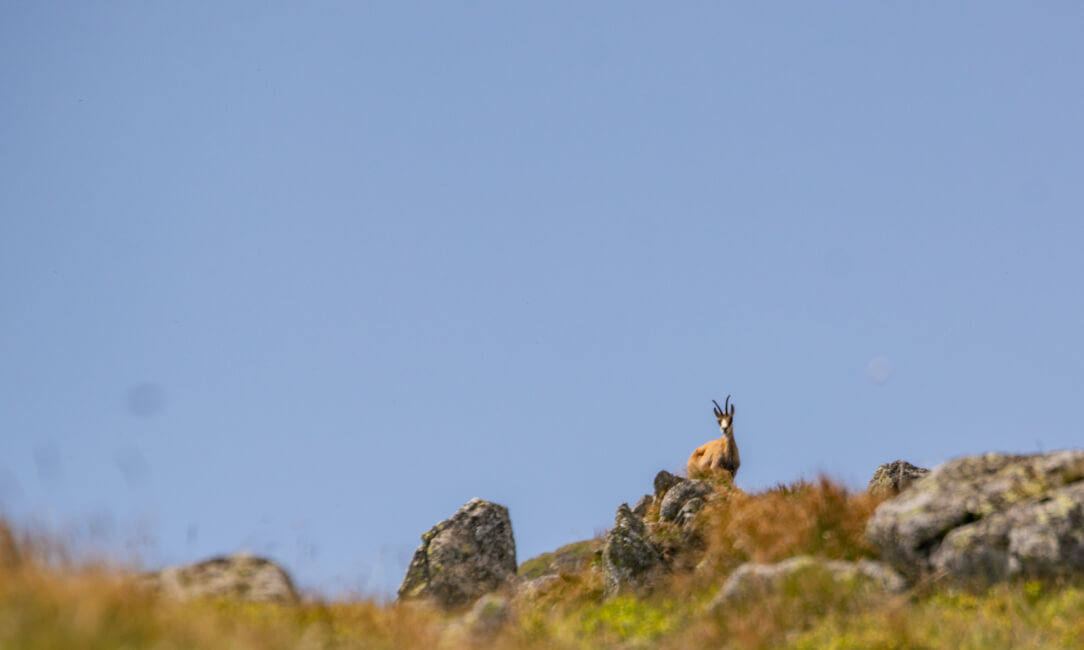 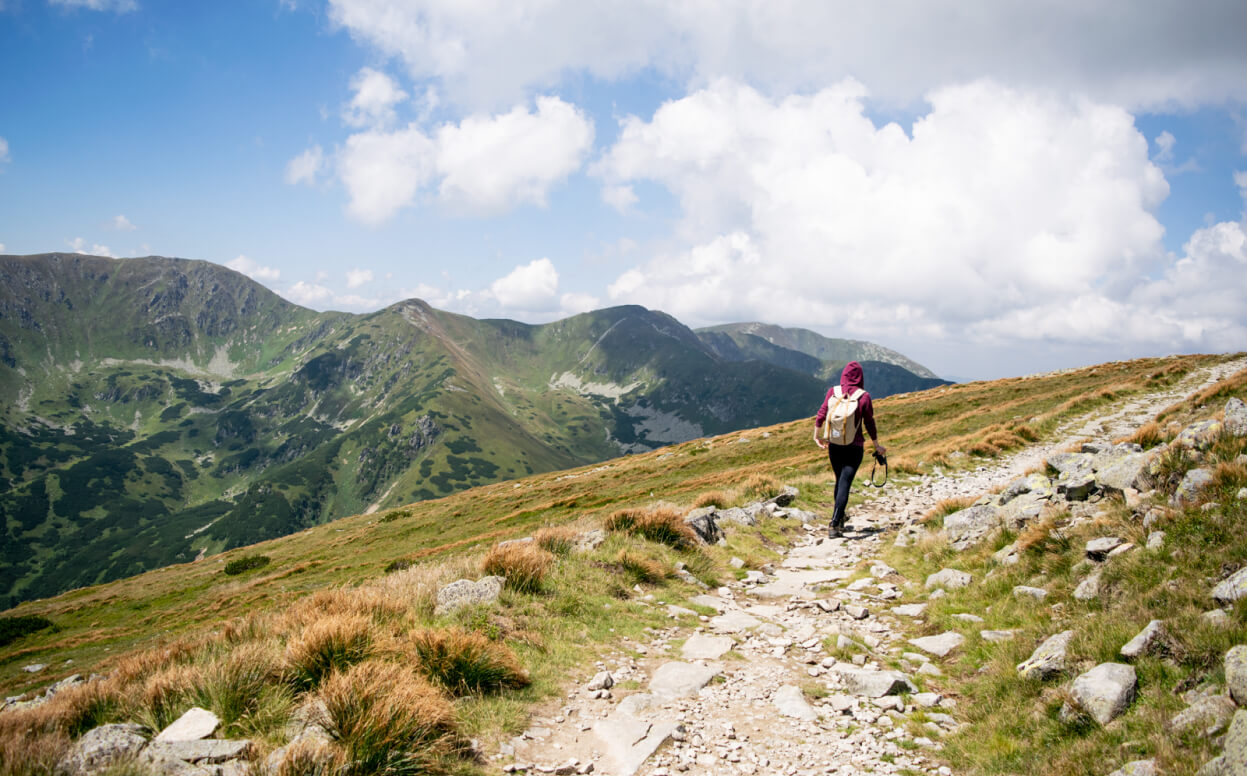 As this is not our first time in the Low Tatras, we knew what to expect and what to be prepared for. The trip to Poľana is not difficult. There is a rocky trail almost along the whole ridge, gradients are minimal. We can recommend it to everybody who wants to enjoy beautiful views, nature and chamois. And don’t forget to take your Gopass APP with you.

If you want to experience more with Gopass, there are a few things that we suggest. 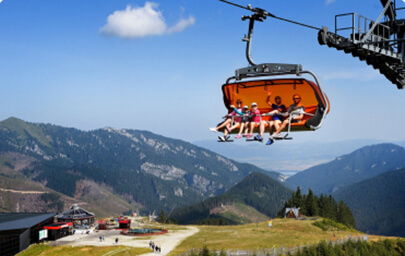 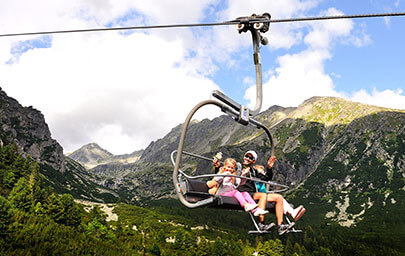 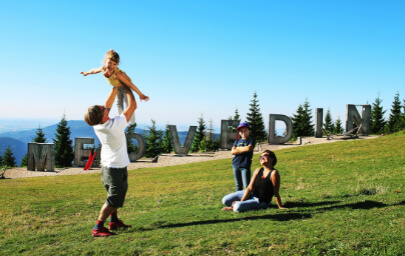